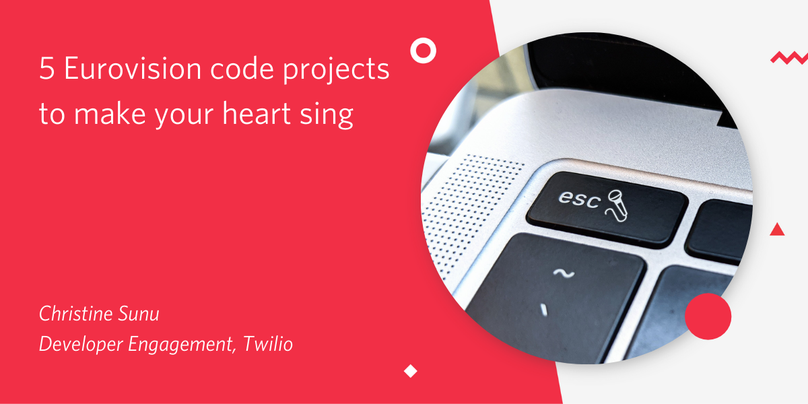 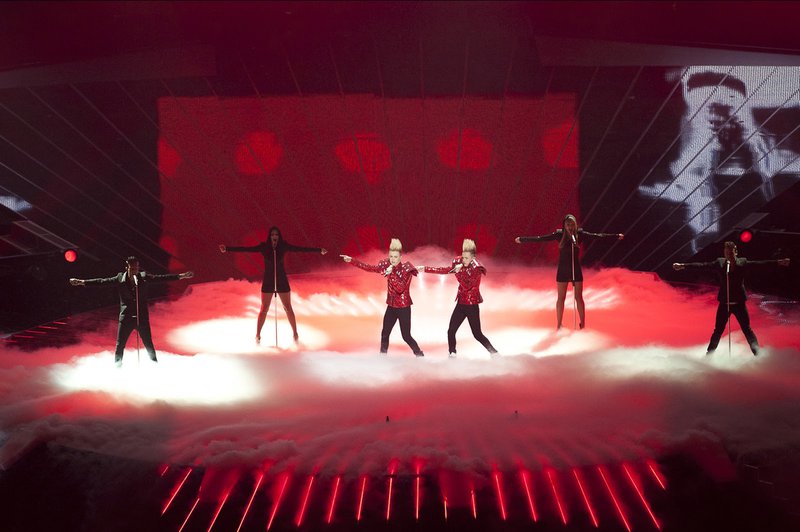 I asked several team members to explain Eurovision to me, an ignorant American who only heard of the singing contest because of that Will Ferrell movie. It is a massive international singing contest that has been around since 1956, where countries across Europe are represented by singing acts and vote on the best performances. I’m pretty sure the movie was pitched to American film execs with the sentence, “It will be like Pitch Perfect meets The Olympics.” Image credit: Frédéric de Villamil

Whether you’re watching it for the music, the activism, the drama, or the drinking games, there’s a lot to love about Eurovision. Our team at Twilio has put together the top tech projects you can build as you count down to this year’s Eurovision Final on May 22nd.

If you’re still in lockdown, this app will let you hold a virtual party over SMS, where you can vote on the best performances with your friends. This Laravel app by Matthew Davis even features a dashboard where you can add your friends and monitor country results. 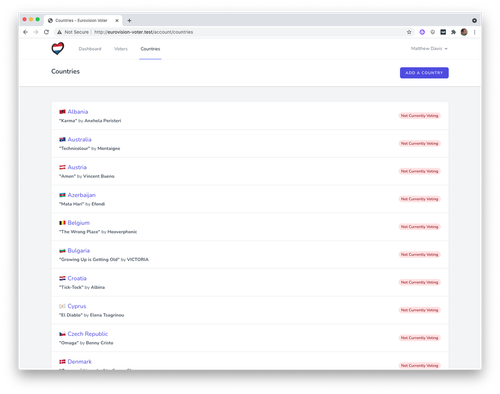 Check out the past contestants and entries of any Eurovision Singing Contest from 1956 to 2021 by texting one of these numbers compiled by Naomi Pentrel:

Vote for the 2020 contest we all missed, or hold a recount for your favorite historic ESC between you and your friends. 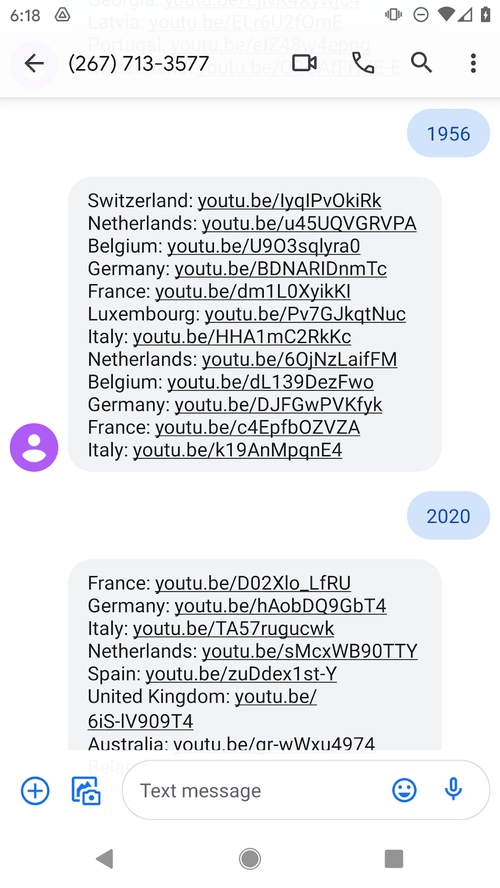 For the 2018 Eurovision Singing Contest, Australian developer Stuart Logan and his wife threw a Eurovision potluck where guests participated in a sweep-- a betting pool where participants put in a small amount of money and are given a random selection of contestants. There’s usually a prize for both first place and last place, and runner-ups for sweeps with a lot of players. Stuart’s app will let you pick any number of countries at random to be assigned to the different members of your sweep, so you can focus on party planning.

Sam Agnew’s clever GPT-3 bot (Python) will fabricate convincing lyrics based on the work of different Eurovision performers. The better known the performer and more lyrics they’ve written, the easier it will be for the bot to write a convincing song. 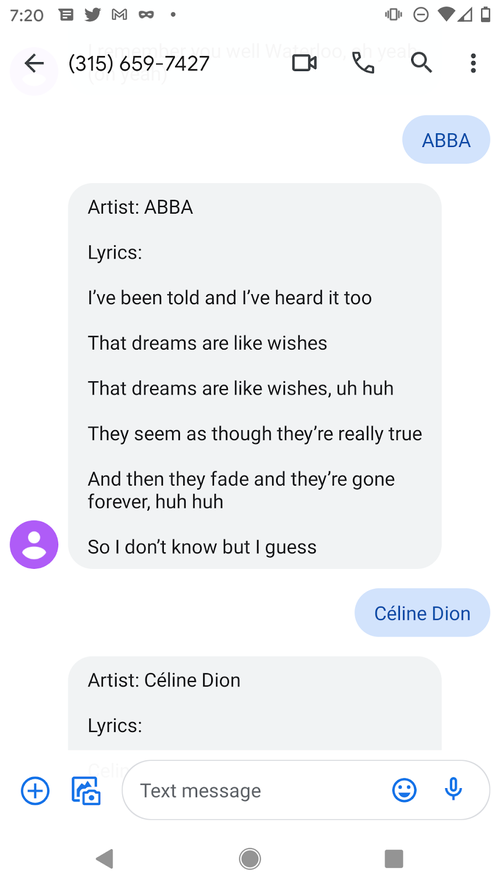 You can’t see in this screenshot, but Celine’s bot lyrics were epic

If you’re looking to speculate on lyrics by never-before-seen artists who might not be covered by the GPT-3 corpus, try building Lizzie Siegle’s Markov Chain Lyrics Bot (Swift). This app lets you enter a set of existing lyrics to use to generate a new (and often rather rambly) song.

If you’ve made some bot-based lyrics, you can even compose a melody to go with them using Sam Agnew’s MIDI composition bot. His tutorial will show you how to use Magenta and TensorFlow to create basic melodies. You can even prime the bot with a 4-bar melody to make a song with a similar motif.

One of the catchy melodies generated by Sam’s bot

We can’t wait to see what you build while waiting for the votes to come in.

If you build something amazing while waiting for Greece and Cyprus to vote for each other, send it to us at @TwilioDevs, tell us about it in the forums. You can also check out more awesome projects on Ahoy.

Christine Sunu, creator of strange and beautiful internet-connected objects, works on developer stuff at Twilio. Find Christine on Twitter (@christinesunu) or Github (cmsunu28), or read more of her posts here.